Nights out under the stars 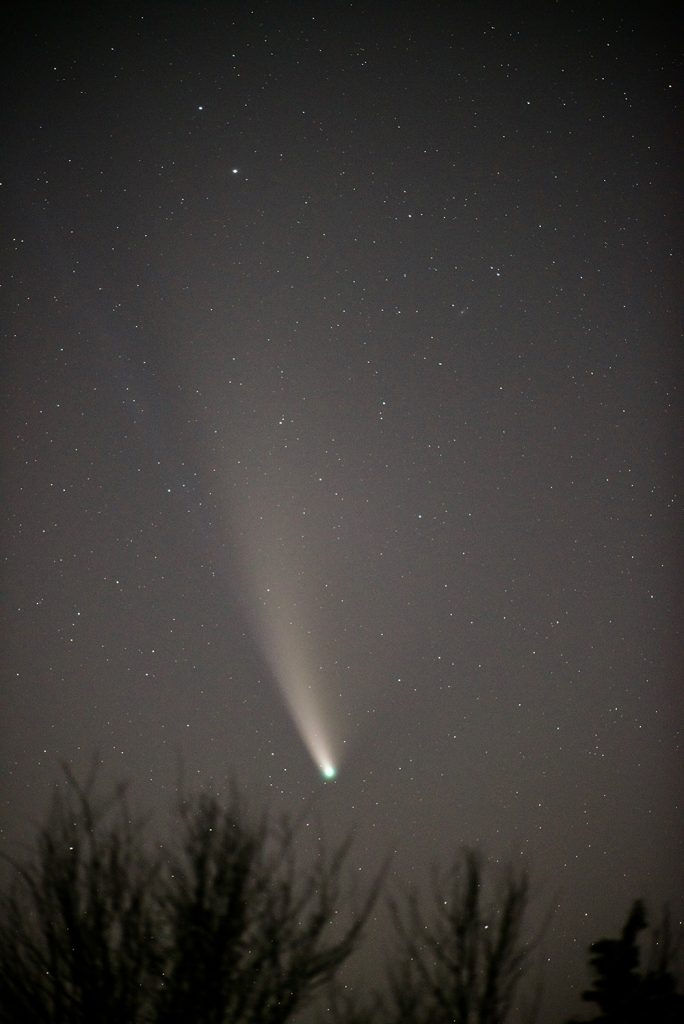 The night sky provided a welcome distraction while we were all experiencing isolation and the frustration of being in lockdown. Coinciding with a long lasting spell of unusual, pollution free, clear nights, it gave us all an opportunity to expand our minds and watch with a sense of awe and wonder the beauty and mysteries of the night sky.

What seems like an age ago, back in April, eye catching Venus was shinning powerfully in the western sky after sunset, catching the gaze of many who might otherwise have been too busy to look up. 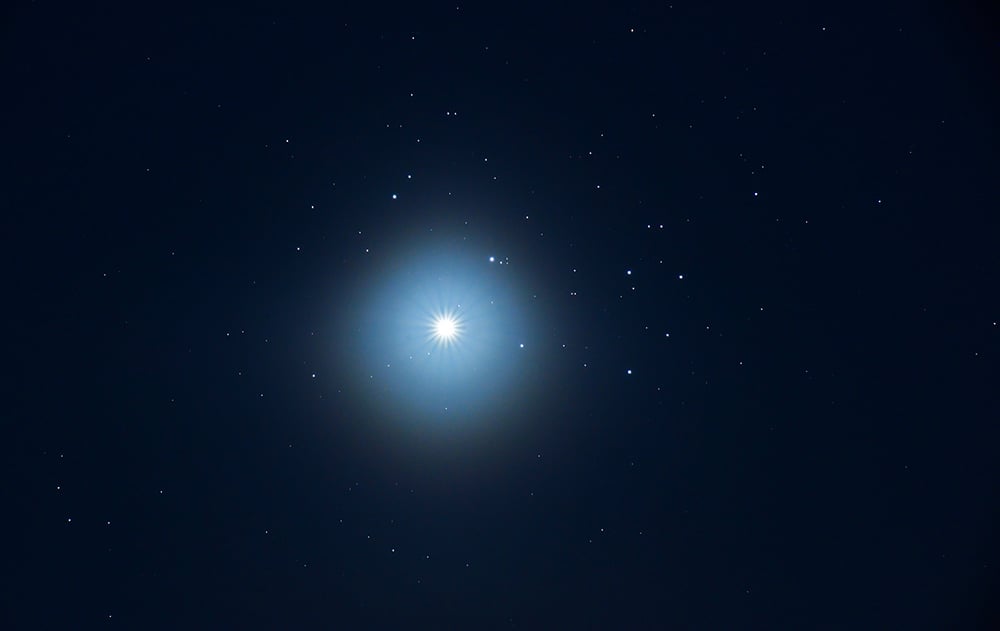 But what captured the imagination of so many at the beginning of lockdown, was the timely arrival of the naked eye Comet Neowise in its 4,400 year orbit! Bright comets are very rare and one of natures greatest, yet rather ominous spectacles. Ominous because comets through history have always been seen as harbingers of doom that appeared to coincide with catastrophic events for humans on earth, from wars to plaques and pandemics! Coincidentally this great comet also arrived at the time when humans were experiencing a new pandemic. 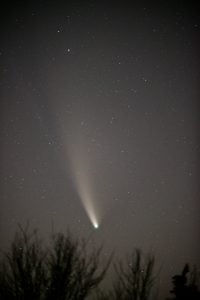 This apparition of comet Neowise ‘speeding’ across the stars was a big reminder that the night sky is not static and unchanging as you might think. In fact it is far from it. We live in a dynamic universe, a solar system that is forever changing in the skies from night to night. Whether it’s the cycle of the moon’s phase changing as it waxes and wanes from the invisible ‘new’ to a blinding full moon and back again over 29.5 days, to the planets and their moons wondering across the ecliptic slowly but relentless catching up and overtaking us and each other, as we travel around in our orbital race tracks. 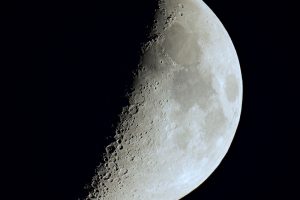 Everyone really can observe all this, and more, from one night to the next. Last April Venus was climbing higher and higher in the sky. At first it was quite far away on the other side of the sun, no more than a small disc seen through a telescope. But as the days rolled by it raced towards us in its orbit around the sun, quickly becoming larger and more impressive as it got closer to Earth.

Its shape changed just like the moon’s phase from a full disc to a half and doubled in apparent size at its highest point in the sky. Simple photographs showed how it was travelling across background stars from night to night. It then headed back towards the sun’s glare getting even closer to Earth and larger until it was lost in the glare of the setting sun. At this time it was a beautiful slender crescent mirroring the phase of a new moon and even clearly visible as a planet through binoculars. Before you knew it Venus had disappeared from the evening skies, nowhere to be seen, only to reappear in the morning skies low in the east.

Over the next few months we can all bear witness to some more amazing celestial objects and events in the astronomical calendar, one of which is incredibly rare and starting to happen above our heads, right now.

All you have to do is wrap up warm and look up on each clear night up to the 21st December. It won’t take long and is certainly worth it for anyone with an inquiring mind.

To help find your way around the stars you’ll need a star map. There are lots of these apps to choose from which will all help guide you around this mini tour of the night sky.

In the period up to Christmas there’s lots to look out for on any clear night. For starters we have several meteor showers coming up producing shooting stars that show just how alive our night skies can be on any given night.

Meteor showers are caused when dust grains enter the Earth’s atmosphere and burn up at great speeds. Much of this material originates from comets just like Neowise, as they shed material in their journey through the solar system and the Earth crosses through the dust tail trailing in its orbit. It’s estimated as much as 15,000 tonnes of material fall in to our atmosphere every day!

Unlike a comet, which looks diffuse and static, barely moving, shooting stars streak across the sky in a bright flash at enormous speeds. Interestingly though comets are travelling at similar rates in the tens of thousands of kilometres per hour, but they are so far away you have to watch them over hours or even days to notice any movement. All motion is relative!